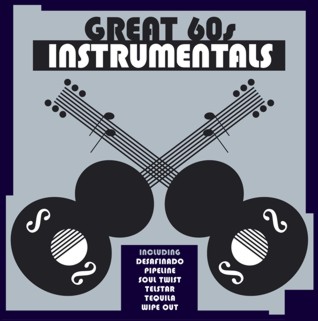 In the twenty first century Rock and Pop instrumentals are no longer a force on the music charts but there was a time, a brief golden era, when “instros” ruled.

The classic Rock and Roll era of the 1950’s and 1960’s brought to the fore countless instantly recognizable instrumental hits and many are featured on this groovy little collection.

All the tracks featured on this CD are cover versions of the original hits but that’s not to say they are in any way inferior to their better known twin brothers and sisters. Quite the contrary, most of these songs were considered “standards” and were recorded time and time again by a host of different recording artists back in the day.

Most of the tracks featuring horns would have been produced by William Beasley with “Boots” Randolph playing sax and leading the band. “Boots” had a successful recording career as well as working with everyone from Elvis Presley, Roy Orbison to Ronnie Hawkins and REO Speedwagon.

This is good crusin’ music…Good music is timeless!